Venice, Louisiana is quickly becoming the epicenter of Swordfishing in the Southeastern U.S. and we at Relentless Sportfishing are uniquely equipped to take advantage of this emerging fishery and to put our clients in position to catch one of the most-prized species in the world!

Swordfish can be found in deep waters around the world and can range in size from 80 pounds to 800 pounds or more. In the Gulf of Mexico, we are likely to encounter Swordfish weighing between 100 and 250 pounds, although the occasional 500-pounder can show up. Swordfish are incredibly strong and stubborn fighters but are also capable of blistering runs. Swordfish fights can last hours, especially when going toe-to-toe with a specimen weighing in at more than 300 pounds.

Swordfish are stocky and powerfully-designed pelagic fish. The distinguishing feature of Swordfish is the huge bill or “sword” protruding from the fish’s face – much longer and wider than the bills of Marlin and Sailfish. A Swordfish uses its bill to kill prey such as squid, which inhabit the same depths as Swordfish – anywhere from 500 feet down to 2,000 feet. The bill also comes in handy when a Swordfish comes up near the surface to feed on baitfish and even pelagics like Mahi Mahi. When feeding, a Swordfish rises from beneath a school of fish, swinging its sword from side to side, striking at any fish within reach then consuming the stunned or dead prey.

Daytime Swordfishing is quickly gaining popularity here in Venice as the preferred way to catch Swordfish. Join us  aboard our 36′ Yellowfin as we get you 25-30 miles offshore to the Swordfish grounds for an amazing angling experience as we get our baits to depths between of 800 feet and -2,000 feet. Relentless features triple Mercury 4-stroke engines that will get us there in style. They are quiet, fuel-efficient and extremely reliable. The bottom line is that we’re putting you on the Swordfish bite quickly and safely in all but the harshest conditions.

Give us a call NOW to book your Swordfish trip! 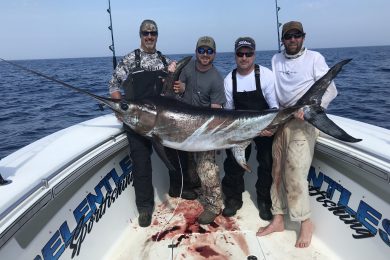 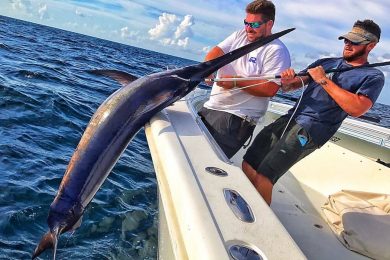 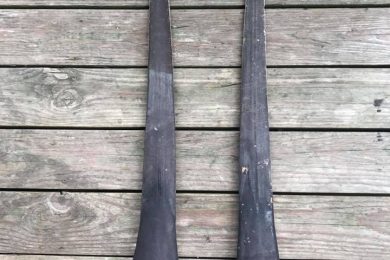 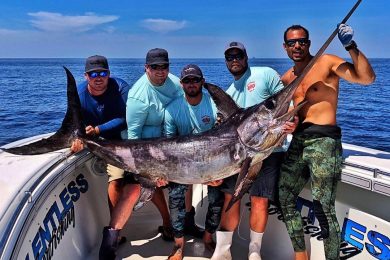 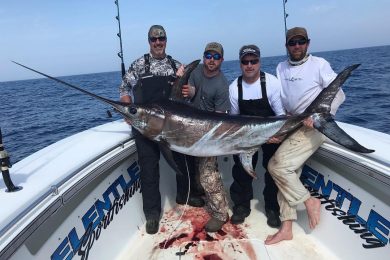 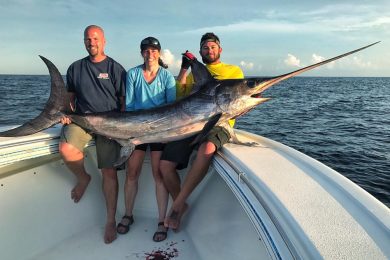 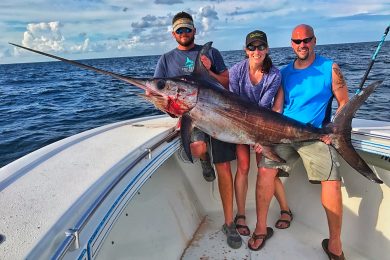