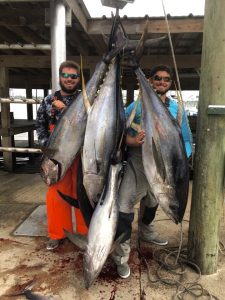 August 29th, 2005…. two young men share stories about their flooded homes which leads to a 15 year discussion about their love for the outdoors.

As deer season arrives, barely old enough to drive, they spend their weekends at “the hunting camp” which was more of a maze of dirt roads and half grown fields of grass than an actual deer lease. We cannot recall actually bringing any deer meat home. Maybe the deer weren’t there or MAYBE these young skippers were just too young to know what in the word they were doing. Night in and night out Neil and Joey discuss plans of the future and how they are going to change the world. Time goes on. Winter passes and spring is upon us. The hunting obsession now turns to fishing. Little did they know this was all part of a master plan. This means flip flops and bathing suits for most people, but for these two it means brining ballyhoo and making sure all of the trolling lures are in tip top shape. Don’t forget to sharpen all of the hooks!

Naturally, they both take high school jobs at the local “dry-stack” marina to fund their expensive fishing habit… neither of them realized that this was a pivotal moment in their lives. Not many teenagers get the opportunity to step foot on big center consoles, much less drive them. The dry-stack has boats ranging from 15ft to upwards of 36ft and everything in between. Their job was to clean and refuel these boats as they came in, then pull them around to the pickup slip where a big forklift would take them to their assigned bay. Little did they know that the wheel time they were getting on these boats would benefit them in the future. Kembo and David Harris gave them their first shot at driving a boat…. even if it was only 100ft from the fuel dock to the pick-up bay. David owned and operated the local branch of Tow-Boat-US and had his hands full between running the dry-stack and his tow boat company. As the two young men approach eighteen years of age David suggests getting a captains license. Upon completion he would have some help running his business. Joey gets his license and begins a sort of apprenticeship learning the ins and outs of towing boats.. a new endeavor! Neil and Joey did the majority of the tows together and once again, didn’t realize the experience they were gaining. One particular day sticks out of all the days at Ocean Springs Harbor… They are standing at the boat launch looking at an all black 36 yellowfin, playing the “if I won the lottery” game. “One of my first purchases, if not my first would be a 36 yellowfin… that’s my dream boat”. At the time this goal seemed so unattainable. They continued to work here all throughout high school and into the summer before they left for college.

After this summer the real work begins (or so they thought.) Come August it’s off to Mississippi State, but it won’t be a terrible change for there will be many familiar faces. They are in this together! As the semesters drag by they both can’t help but constantly catch themselves reviewing wind speeds instead of study guides. Repeatedly they think “if we can just get through this we we can do whatever we want”! This whole college thing had become a routine… “give just enough to get through the week so we can get back to the coast and hammer the fish.” These guys clearly weren’t cut out for the farm life. While school got a 25% effort at best, fishing got everything they had. It was all they cared about. Fast forward a few years and the college chapter is coming to a close…. Time for a real job. Neil left and headed to Nashville to pursue a job in finance, while Joey refused to get too far from the coast. Determined to fish, Joey got to the grind with what a lot of people these days call a “normal job.” Neil continues to purse his financial career, but the nice car and the suits just didn’t seem right. After a couple of trips to Venice spending his last few pennies to scrape up for gas money (fishing is obviously life), Joey gets his lucky break. A well known captain at the marina, Captain William Wall, asks him to deckhand on what can be described as nothing but a hunch (or so the captain thought.) The gamble paid off… the captain and mate (Joey) hit it off and are (at this time) one of the top producers in Venice. This was a big learning period for the young captain as his horizons were expanding. The thought crosses his mind “I can’t wait to tell Neil about catching yellowfin in 150ft of water…” at the time, Joey had to unlearn most of what he taught himself and navigate through the new info that he was having trouble understanding….thinking “Neil ain’t gonna believe this stuff.”

Seeing that $100 would last Joey a week a few months back the $200-$300 per day he was making seemed like a fortune. He decided to stay a while (only way you leave this place is if your woman makes you, or you finally figure out that your moral compass has lost its “True North.”) We love this place, but it isn’t for the faint of heart or the weak minded. Remember that trip where you crushed the fish? Yeah, of course you remember it, but you also remember the hangover from you celebrating it as well. As a mate, it is Joey’s job to show these people a good time and get them to come back. That being said, we typically have that day you will always remember on most days we fish. We get to play Santa Claus all year. This is not bragging, but simply stating we are extremely good out our job. We don’t get mad at you for talking about your Typing skills.

Neil is attending business meetings and getting it done, but something isn’t right. No way he is going to let his childhood friend pursue the dream they once shared and sit on the sidelines. Neil (literally overnight) drops what he’s doing and makes his way back to the coast. Upon some digging he finds a job in the keys and heads that way (with no hesitation.)  -side note, for those who don’t know, Neil is the kind of guy that makes his bed in the morning and even before he goes to bed… guy is a perfectionist.- (This will benefit him in the long run.) In typical Neil fashion he wins the mate of the year title in the keys. Keeping his nose to the grindstone he makes sure to be first to the boat and last to leave. He’s not exactly where he wants to be, but he knows he’s headed in the right direction. A few slips down “The Black Tip” is tied up. Neil would spend his afternoons washing the deck dreaming of standing in that teak cockpit backing into the Golden Nugget in his hometown to weigh fish in the MGCBC. Little did he know his time was coming and it was coming sooner than he thought. One afternoon as he’s doing his daily routine, the captain of the Black Tip walks down and asks Neil if he has a passport. He then asks Neil if he has time to go to Mexico. He answers yes to both questions. The captain nods his head and walks off. This simple conversation built a lasting relationship between Neil, Robert (Mate on The Black Tip), and Sparky (Captain of The Black Tip.) They travel to Mexico and back catching fish and building memories along the way. June of the following year Neil finds himself standing in that cockpit backing into The Golden Nugget for MGCBC.

Meanwhile, Joey has boat hopped for a bit pursuing some jobs that were not as advertised, but overall fishing with anyone he can in Venice to soak up as much knowledge as possible. His winding road lands him at VooDoo Fishing Charters where he deckhands for Captain Trey Pique and ultimately gets the opportunity to run a boat. This is it! He is officially a captain in “The Fishing Capitol of the World.”

The charter operation Neil was working on in the keys moved to Texas, and though it was time for a change of scenery, Neil didn’t have his sights set on Texas. Neil and Joey have stayed in contact and Joey sees an opportunity to try and lure Neil to Venice. Interested in learning the fishery, Neil heads down Highway 23.

Backstory-when Joey and Neil first started hanging out Joey hadn’t caught much more than a bass and a catfish. Some small freshwater fish, but never anything over 10lbs. You can imagine the glimmer in his eye riding out on Mr Bill’s (The man, The Myth, The Legend) Hydra Sport. Mr Bill is very particular about his things and he instilled it in these two young men to always leave something better than you found it. They caught everything but the flu on that boat. The hydra sport had no GPS or any fancy mapping system. It was just you, the boat, and a compass. They managed just fine, and the things they learned help them to this day.

Neil and Joey fish together for about a year and things were going great, but if they are going to truly achieve the goal they had to have their own boat. Obviously they were doing fine with one of the leading charter companies in Venice, but it’s not about the money. They wanted to blaze their own trail as young ambitious fisherman.

Now that we have the business, I can tell you that it’s nowhere near what we expected. Not better, not worse… just not what we expected. One thing that has not wavered is this: each day t we wake up to go to work, we work as a team. The unit is not whole without one or the other. This unit is Relentless Sportfishing. Everyday we walk down that dock we thank God for this opportunity to work as long time friends and walk into our office (which was once a dream) to go catch fish. It’s not all sunshine and rainbows, but this was a long time coming!

Come aboard our custom Yellowfin fishing boat, The Relentless. Our 36′ Yellowfin is designed to get our clients to the fishing grounds fast and spend more time fishing! The ride is extremely smooth and we are able to go out in not so comfortable seas and still fish it up. The boat features triple Mercury 4-stroke engines that are quite and extremely reliable.  We have the best in marine electronics and keep the boat in flawless condition.

She is a USCG documented vessel with all safety equipment. 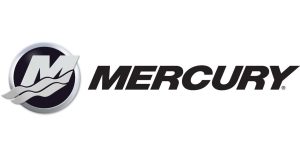 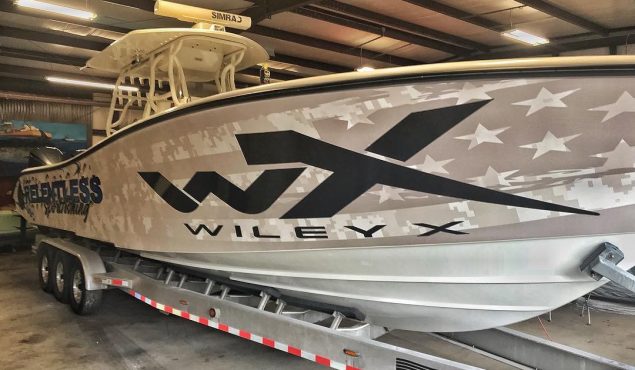